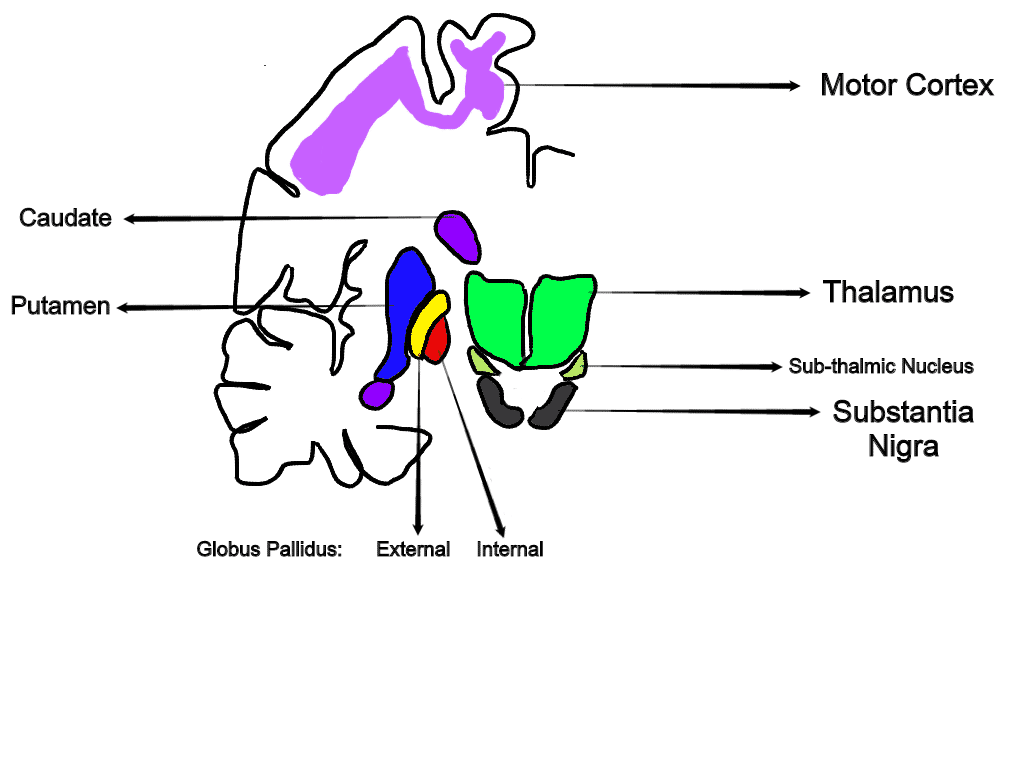 The brain exerts Motor control via two types of pathways:

The Pyramidal is a direct type of pathway. It starts in the cortex and through a long axon passes all the way through the Internal Capsule, decusating (85%) at the Medulla and then down the spinal cord. In the spinal cord it synapses with the lower motor neuron, which goes on to innervate muscles. Hence it is a mono-synaptic system (i.e. only one synapse occurs in-between the cortex to muscle connection) .

The Extrapyramidal on the other hand is polysynaptic and more complex, it is involved in modulating movements and controls things such as coordination, timing, force, start, end of movements etc. A number of nuclei within the brain are involved in this extrapyramidal system and these include:

What are Extrapyramidal Symptoms and Side Effects then?

Extrapyramidal symptoms / side effects occur mostly due to dopamine blockage in the Extrapyramidal system. Antipsychotics are the main class of drugs which have this effect.  These are not the only type of side effects caused by anti-psychotic medications as anti-psychotics exert effects on other receptors as well such as Muscarinic, Histaminic, alpha-adrenergic etc.